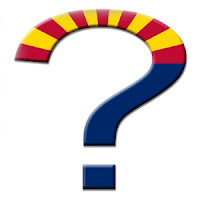 Two seats on the important Arizona Corporation Commission will be determined in the upcoming fall election. Interests -- special and otherwise -- are asking questions of the candidates.

There has been a flurry of questions and questionnaires for the candidates. Yet, there is one very fundamental question that has not been addressed directly to the candidates for the ACC.

THE BIG QUESTION is foundational not only to Arizona’s economics, but it is the cornerstone of any intention for the future of Arizona’s present citizens, as well as those imagined and hoped for future citizens. The answer to THE BIG QUESTION will reveal the vision for Arizona held by anyone who dares to respond.