Nothing New the Sun is Under 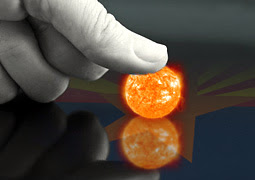 A sustainable, solar energy future was envisioned almost a half century ago. Today, long after the technological barriers have been overcome, and many years after the economics of solar energy became transcendent in the sunniest climes, artificial barriers remain in place.

All that is required in order to repress the value of solar energy and energy conservation in sunny lands is to defeat the value of such investments in the economic sectors that are most active in the daylight hours.

The Rate Crimes energy blog exists primarily to explain this problem and its ramifications. However, this is hardly the first attempt in history to draw attention to this issue.

A few years after the first energy crisis, in 1977, The Sierra Club adopted a conservation policy that addressed electric utility rate structures.

“Customers should not be discouraged from owning or installing renewable resource systems by discriminating rates or charges.” – The Sierra Club, Adopted by the Board of Directors May 7-8, 1977

In the intervening decades, numerous battles have been fought to eliminate such “discriminating” rate schedules. Many of these battles were won. Yet to this day, the nation’s sunniest state remains entrenched in its repressive habits; while community and institutional memory of the earlier warnings has apparently failed.

The Energy Secretary and Congress are now championing entrepreneurship as the source of solutions for energy generation and efficiency. Let us free these entrepreneurs from under the thumb of economic oppression.