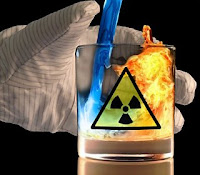 The nation’s largest nuclear facility, the Palo Verde Nuclear Generating Station sits a mere 45 miles from the downtown of the most sprawling desert city in the world. It is now a very short drive from the metropolitan area’s western outskirts through windblown tumbleweeds to where they collect against the dusty security fences of the Palo Verde power plant.

Let us dispel any notion that the Palo Verde Nuclear Generating Station is an example of low or efficient water consumption in the generation of electricity, or of the wise use of water in a desert. The nuclear power plant shares what was once a pristine aquifer with the Phoenix metropolitan area. The 76 million cubic meters of treated water evaporated annually by the nuclear power plant represents about 25 percent of an annual overdraft of a quarter million acre-feet of water from the Arizona Department of Water Resources Phoenix Active Management Area. 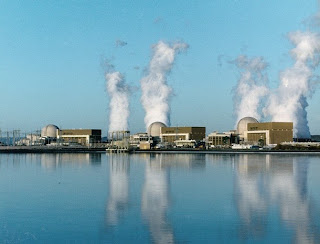 The true cost of this evaporated water offered up to the winds is not adequately reflected in the wholesale cost of electricity from the Palo Verde Nuclear Generating Station. This lost value from this underpriced commodity is compounded by the irony that it is this artificially low price against which the value of solar energy is measured.

As it stands, the pricing of electricity from the Palo Verde Nuclear Generating Station is little more than a farce that translates into an extraction of wealth from future generations. Not only does Arizona enjoy coal-fired air conditioning but it is burning water in the desert.

The temporary illusion of cheap power attracted millions to the air-conditioned comfort of desert living. Now, as those thirsty, growing millions clamor for more energy the only solution being proposed is additional, thirsty nuclear power plants.

How many of those millions of clamoring desert-dwellers even capture rain for their gardens?