The Followers of Texas 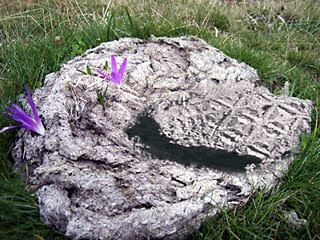 The Goldwater Institute’s 36-page policy paper of July 21st, Opening the Grid: How to Recharge Arizona’s Electricity System for the 21st Century begins with a promising first sentence. It is no secret that Arizona’s effectively unregulated, monopolistic electricity industry “is ill-equipped to meet the state’s growing demand for energy.” There is an impending, precipitous gap between the projected energy demand and what energy provision has been prepared or planned.

However, the paper abruptly steps into something squishy and pungent with its second sentence. The authors state, “Nor, is [the electricity industry] well-suited to contain the higher costs that are likely to result from renewable energy mandates.” Apparently, the authors – two university economics professors – have missed the fact that in sunny Arizona, on-site solar electricity is an increasingly superior investment in comparison with the purchase of electricity generated from traditional, toxic fuels at gargantuan, centralized plants. This, despite the existence of repressive rate schedules that result in hidden taxes; as well as the existence of unaccounted subsidies (water, liability, etc.) that have artificially (and temporarily) maintained the illusion of inexpensive electricity from the traditional power sources.

As a central piece of evidence for its arguments, the persistently dogmatic Opening the Grid heaps hefty praise on Texas for the deregulation of their retail energy market. Even a quick glance at Texas’s energy mix shows that little has changed since their deregulation began in 2002; other than a small, but significant increase in the amount of wind power. 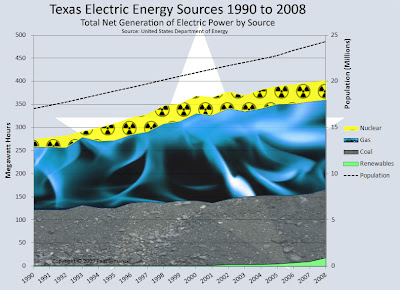 The landscape of Northern Texas has enjoyed abundant wind resources since it was formed. Modern wind technology has been available for decades. Only recently was Texas’s increase in wind power generation finally inspired as a reaction to the increasing costs of the traditional, toxic fuels; and by the Renewable Electricity Production Tax Credit (PTC). Because of its reliance on expensive natural gas, Texas’s cost of electricity is among the highest in the nation. The PTC is a federal tax incentive that runs counter to the fundamental tenet of the Goldwater Institute.

In its second paragraph, the Goldwater Institute’s policy paper claims that, “Texas, Pennsylvania and Britain have recently restructured their electricity industries to achieve remarkable improvements in both conventional and renewable generation capacity”. Opening the Grid is three dozen well-written pages of dogmatic arguments based on, at least, one false premise.

If the dogma of the Goldwater Institute is unquestioningly accepted, our energy policy will remain short-sighted and reactive. Following Texas will only get us deeper into a sticky status quo. Any Texan will tell you, “When following the herd, be careful where you step.”

Success will depend – for more than just Arizona - on Arizona’s ability to achieve a unique, long-range vision; and to then act proactively and with constancy. Such behavior is commonly recognized as leadership.