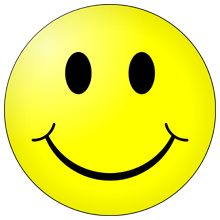 The friendly symbol of sunny well-wishing should be an appropriate companion to solar energy.

In his September 15th Op-Ed in the New York Times, Have a Nice Day, Thomas L. Friedman deplores the fact that the photovoltaic manufacturing industry in the United States is lagging. He notes that California-based Applied Materials, one of the world’s leading providers of solar module manufacturing equipment and fabrication solutions does nearly all of its business outside the U.S! Mr. Friedman does us all a great service by bringing this critical issue to more widespread attention. Yet, his listing of “the three prerequisites for growing a renewable energy industry” neglects the more fundamental issue that Rate Crimes exists to explain.

Mr. Friedman’s “prerequisites” are the same as those upon which the Arizona Renewable Energy Standards and Tariff (REST) rules and most other such programs are founded. However, the nation’s solar future —and even the still inadequate programs inspired by the Arizona REST rules—will continue to be delayed while the long-standing, repressive rate schedules in the nation’s sunniest state go unchallenged and unchanged. More than reparative rules, the marketplace for energy is in need of transparency and equitable accounting.

Until such change occurs, Mr. Friedman’s sarcastic, “Have a nice day” must be accompanied by a new symbol: 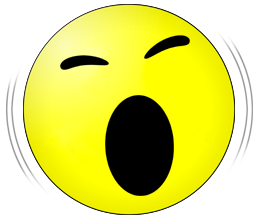 Mr. Friedman exposes a sad irony, “So, right now, our federal and state subsidies for installing solar systems are largely paying for the cost of importing solar panels made in China, by Chinese workers, using hi-tech manufacturing equipment invented in America.”

It must first be admitted that we should be grateful for the efforts and foresight of China and Germany. They have sustained a critical industry while vested interests in the U.S. have repressed its advancement. However, there is a doubly sad irony.

Rate Crimes has discussed before the risks of using modules of unproven design and how the United States lags in assuring product quality. Not only should the nation immediately declare repressive energy pricing schemes to be illegal, but it should require more than safety certification. In addition, performance certification should be required for any and all photovoltaic modules sold in the United States.

Won’t that be a nice day!