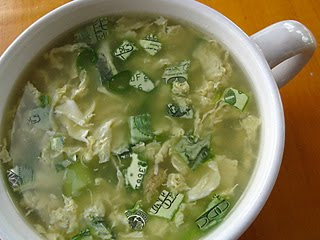 An article published on August 26th in the New York Times, titled “More Sun for Less: Solar Panels Drop in Price”, delights in the recent lowering of the cost of solar electric modules and praises the benefits for consumers.

While the brief article provides some of the causes of the recent 40 percent drop in prices, and also discusses some of the ramifications, it neglects to deliver the most important message: buyer beware!

A homeowner interviewed in the article is ecstatic about his $23,000 savings (on an original price of $100,000), “I just thought, ‘Wow, this is an opportunity to do the most for the least’”. Such savings would certainly appear to be a good thing. It may also be that the solar company increased its margin and made a few extra dollars. All good, so far.

The source of the problem is mentioned without analysis in the article, "'A ton of production, mostly Chinese, has come online,' said Chris Whitman, the president of U.S. Solar Finance, which helps arrange bank financing for solar projects." The problem is that increased production of modules does not equate to an increase in the proportion of quality modules. Not all modules are the same. Some manufacturers, some designs, are better than others. With a surge in production, with the arrival of numerous new companies, and with increased competition in the market, it is likely that the number of substandard manufacturers and module designs will also increase.

Modules from nearly every manufacturer now carry a 25-year warranty. The terms of these warranties are based on a number of factors, not the least of which is the competitive advantage enjoyed by experienced, large, and/or well-capitalized manufacturers who establish the de facto warranty standard, yet run a relatively low risk compared to their smaller, emerging competitors who must provide a similar warranty. A warranty is really only as valuable as the strength of the company backing it.

The only way to be assured that a module design might be reliable and durable is to subject it to a test regimen that includes advanced aging techniques. Such testing is an expensive endeavor, made doubly so because it is time-consuming. Established manufacturers often perform their own tests. However, all photovoltaic module manufacturers who intend to sell their product into the world market must obtain a performance qualification to international standards from an independent testing laboratory.

However, there is contention that even the most rigorous advanced aging tests in the existing standards only reflect about a decade of a module’s active life. More than half the module’s life is unaccounted for by these tests. Furthermore, the performance qualification examines only the module design. The performance standards do not include manufacturing standards or factory inspections.

A 23 percent cost savings greatly improves the economics of a solar investment. It can also cover a lot of future performance problems. However, risking $77,000 to potentially substandard modules is an inordinate risk. Buyers should be aware of the real value of the warranties. They should also demand that photovoltaic modules have at least the IEC performance qualification for the design. If the module manufacturer cannot provide a valid certificate of performance, then . . . buyer beware.

Note: It is important to verify the authenticity of any certificate of performance qualification. The industry has experienced forged certificates. The testing authority, as indicated on the certificate, will be able to provide confirmation of the certificate’s authenticity.
Note: The title of the New York Times article is guilty of using a common misnomer. The term “panel” is appropriate for the boxy solar thermal collectors for domestic hot water systems. A solar electric collector is a package of interconnected photovoltaic cells. These packages are modular components of one or more strings or arrays in photovoltaic systems. Therefore, even though there is often confusion in the common parlance, they are appropriately called solar modules. Distinguishing between the technologies provides greater clarity.
Posted by Rate Crimes at 10:07 AM