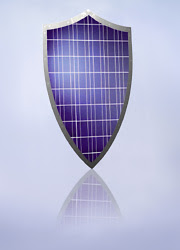 The recent tariff imposed by U.S. Customs on solar modules may be something other than an ill-considered decision based on a misconstrued technicality. The lack of technical understanding on the part of Customs so defies belief, that one is compelled to seek alternative explanations.

One might construe their decision as a thinly-veiled attempt to slow a growing trade imbalance in the crucial solar industry. Much like patchwork efficiency programs, tariffs are often a reactionary ploy to disguise embarrassing deficiencies, if not a corrective for more dangerous imbalances. This perception is reinforced by the tardy and mixed reaction of the Solar Energy Industries Association (SEIA) whose members comprise both domestic and foreign companies. Some domestic companies must be tempted to retard objections to the tariff in the interest of their competitive advantage.

Another interpretation is that the tariff is an economic shield raised to protect unsuspecting and vulnerable solar module buyers in the U.S.

This absence of any assurance of durability and reliability beyond module manufacturers’ warranties has profound implications. Few smaller solar energy systems today are effectively monitored. Over the years, as modules naturally and slowly degrade, many systems with substandard modules will experience accelerated performance degradation. It may actually be good fortune for a system owner to experience outright failure if the manufacturer is extant, able, and willing to meet its warranty obligations. As it is, much inordinate performance degradation is likely to linger unattended. As damaging as might be the loss of energy, the potential damage to the industry’s reputation may be tragic.

More than three decades ago in Arizona, foolhardy incentive programs led to a surge of companies offering solar domestic hot water systems as a response to rapidly increasing energy costs. Many of these “solar” companies were disreputable. Much of the technology was poor and untested. When these solar hot water systems began to fail, the systems -- and the companies -- failed spectacularly. Today, the broader solar energy industry still must deal with the echoes of this fiasco. It is a dismal memory more persistent than that of the “Alt Fuels Fiasco”. In fact, we all suffered a great loss of money, time, energy, and credence on account of those erstwhile failures of Arizona’s solar hot water industry. It is in everyone’s interest that the solar electric energy industry avoids anything even resembling such a disaster.