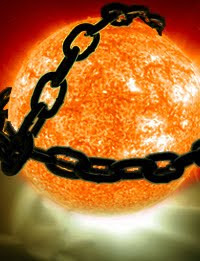 The Solar Energy Industries Association (SEIA) “hopes to persuade Customs officials to reverse a decision to impose a 2.5 percent tariff on solar panel imports after more than two decades of duty-free trade in the product”, reports Reuters in “U.S. solar industry to challenge tariff ruling”.

The U.S. Customs Service justifies this tariff with a capricious argument that exposes a regrettable ignorance of solar technology. It also exposes a broader and more disconcerting ignorance of the solar energy industry and solar energy’s great value as both a cleaner source of energy for the world and its metaphorical power as a catalyst for cultural transformation.

All sectors of the solar energy industry have long struggled against thin margins, spasmodic markets, spectacular failures such as AstroPower’s, and impediments that include those established by entrenched interests. Despite its struggles, the industry has sustained a steady growth fueled by its bright promise.

In this particular case, it is easy to criticize Customs. We can hope that the industry can better inform Customs of the ramifications of its decision. However, there is significant doubt about the industry’s capabilities in such matters. The solar energy industry was late in recognizing and responding to the sudden whim of Customs. The SEIA claims poverty as the excuse for its negligence.

Certainly, the SEIA has long recognized Customs as having an important influence on the economic health of the solar industry. Customs publishes its rulings punctually. We live in an age of inexpensive automation. Furthermore, with official unemployment numbers nearing double digits, automation has a regrettably inexpensive substitute. Poverty is a poor excuse for inattentiveness. In order to avoid such embarrassing episodes in the future, the industry must invest in solutions that can effectively protect its interests.