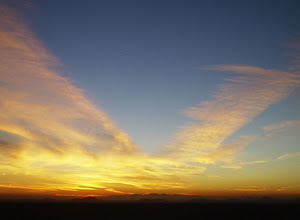 As the year closes, we must reflect. This blog began in late May of this year as a new platform for a message that had exhausted its prior, smaller rostrums. It was also intended to be a public record of a neglected history of what may someday be recognized as yet another great tragedy born of criminal negligence. It is hardly surprising that seemingly provincial economic manipulations would gather little attention in 2009. Few expected that during this past year our society would bear witness to the manifestations of perhaps the greatest economic crime in history; excluding human slavery, and with apologies to the Knights Templar.

This post is the 59th in 32 weeks; an average of almost two posts per week during a busy year. I completed the year having averaged nearly twenty miles a day on my bicycle; more than three times as many miles as I drove in my car. This gives me hope that I may able to discard the automobile before the earth discards me.

A retrospective of this year’s Rate Crimes posts is summarized best in the post Big Squeeze. The items listed there are the core of the Rate Crimes message. Beginning with Arizona’s repressive rate schedules that have long impeded the advancement of solar energy, the list enumerates a grim reality. However, we did indulge in a happy celebration … or two.

During the initial months, the blog’s purpose was didactic. The goal was to explain the complex details of the economic manipulations as simply as possible. Finally, in July, it was possible to publish an Executive Summary that referenced these details. After establishing this foundation, it was possible to begin asking more questions. Rate Crimes promises to continue asking questions. Your input is always welcome.

This past year, solar energy has made great strides in Arizona, and even greater strides elsewhere. There is much to celebrate. Yet, Rate Crimes must resist this urge. For reasons which should be obvious to the readers of Rate Crimes, it is too soon to celebrate in our nation’s sunniest state.

The most important pending question is, “Will 2010 finally be the year that Arizona’s long-standing repressive rate schedules are corrected?” For several reasons, this is doubtful. The most pressing practical reason for continued transgression is that 2010 is an election year. Two seats of the Arizona Corporation Commission will be termed out, and one of Arizona’s solar energy champions will be departing the Commission. The Kabuki Theatre is likely to continue to the benefit of the interests vested in the status quo, and to the detriment of Arizona’s sustainable future. At the root of all of Arizona’s energy troubles are the repressive rate schedules. It is the machination by which all other energy issues are distorted.

Finally, Rate Crimes would like to thank the many old and new friends who have provided sustenance and inspiration this year. May we all enjoy a happy new year.