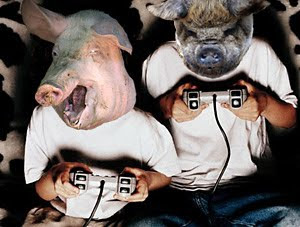 When a relevant event occurs, or a relevant story is published, the general policy of Rate Crimes is to pause and to contemplate before commenting. However, there are moments when any discipline must be broken…

While Rate Crimes applauds efforts to bring the full benefits of solar energy to everyone, we are critical of regressive economic schemes that allow funds contributed by everyone – including our most vulnerable citizens -- to be skimmed by for-profit organizations. While innovative and equitable financing programs have been created in California and other states, the same cannot be said of Arizona.

Of course, Rate Crimes also argues that in our nation’s sunniest places, solar energy has long been more affordable (in a very direct sense) than the electricity delivered by the grid from the utilities’ toxic sources.

Can a strong, independent, and thriving solar industry can be established based upon regressive economic schemes? Untolled subsidies – both direct and from unaccounted costs – have not yet delivered affordable energy from traditional sources. Can we expect better from a system that distributes its energy primarily to more fortunate homeowners with monies from the general fund?

And, how well are the more fortunate among us caring for our increasingly limited resources?

SolarCity has about 5,000 customers. About half buy their solar systems outright, but the other half -- 2,700 customers to date -- have chosen to lease.

One of them is Roger Whitley, 58, who lives near Silver Creek High School in San Jose. With a monthly electric bill of $600, his main motivation for going solar was financial.

"The lease made it easier for us to go ahead and take the leap," Whitley said. "We have a pool, a hot tub, air conditioning, and two teenage boys with Xbox and PlayStation. The electric bill was killing me."

Unless these suburbanites have an epic photovoltaic system with an equally epic battery bank, solar electricity is not directly contributing much to the operation of their pool, hot tub, Xbox, or PlayStation. A society of solar-powered PlayStations? Perhaps, the electric bill is not the central problem here?