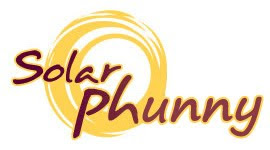 The City of Phoenix, Arizona Public Service, SolarCity, and the National Bank of Arizona are collaborating to bring on-site solar electricity to a few of the city’s less affluent homeowners. The Solar Phoenix program will allow 1,000 Phoenix homeowners who lack the means to purchase a solar electric system to instead lease a system. The initial program will provide more than a megawatt (nameplate) of proximally-produced solar electric energy to the citizens of Phoenix. The Solar Phoenix motto is “Energizing Phoenix with Affordable Solar Power” [emphasis mine].

As described in Arizona’s Green Divide the funding for the solar rebate programs are extracted from all the electric utilities’ ratepayers. However, only a small segment of relatively wealthy homeowners have been able to reap the benefits of the REST scheme.

The Solar Phoenix program purports to bring affordable solar energy to another slender segment of Arizona homeowners. Yet, for the privilege of using their valuable roof space, the program will deliver to lessees benefits that are far more slender than the full benefits enjoyed by those fortunate enough to be able to own, rather than lease, a solar electric energy system.

Here is how the Solar Phoenix program appears to operate within the REST program: 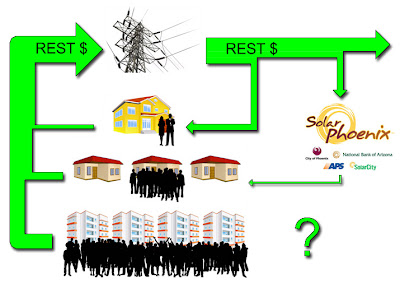 The vast majority of taxed citizens/ratepayers are still receiving no direct benefit from their contributions. However, they are now supporting a few more neighbors, their electric utility, the City of Phoenix, the National Bank of Arizona, SolarCity, and Arizona’s solar module manufacturer, First Solar, whose modules SolarCity is using. What percentage of the ratepayer (and taxpayer) funds that are going into this regressive economic system is reaching the lessees?

As I have been explaining for the past half-decade, solar energy in the form of electricity in our nation’s sunniest state has long been less costly (affordable!) than the electricity from traditional forms of energy generation. Yes, there are considerations that confound the rapid adoption of solar energy. However, compounding hidden taxation resulting from a regressive system of rate schedules with further regressive taxation from a supposedly pro-solar incentive program, and then playing phunny with the money through suspect leasing programs is hardly a solution. 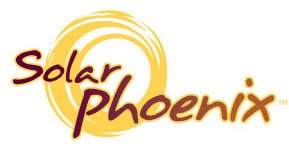 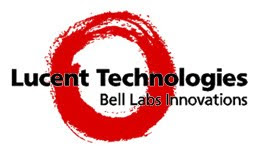